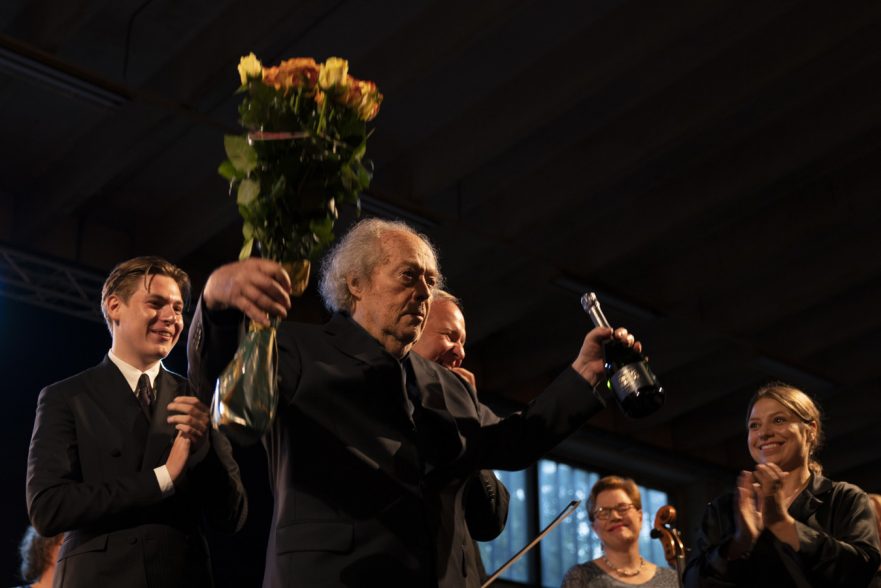 When we started planning a new festival in Fiskars two years ago, we could not have foreseen the complexities caused by the current pandemic, which has had enormous repercussions on our industry. We did not know if the festival could take place until just a few weeks before it was due to start, and this impacted us in a variety of different ways. Not only did the planning have to be completed last-minute, but many of our students were not able to make it to Finland due to the local quarantine restrictions. Public gatherings were restricted to 500, and we had deep concerns about whether we would be able to carry out the conductors’ masterclass and public concerts in a safe manner.

Nevertheless, the festival went ahead, its programme completed as planned. The cancellation of live concerts worldwide led to an unprecedented situation: an unusually high number of leading Finnish conductors were present in Finland at the same time, who were willing to teach, appear as guest conductors, or do both. We were particularly delighted that Jorma Panula, who celebrated his 90th birthday recently, was willing to both teach and conduct during our inaugural festival. It was a rare privilege to witness artists representing several generations of the Finnish conducting tradition perform in a single concert, and we are confident that students benefited greatly from watching their widely differing conducting styles, as well as receiving advice from so many different personalities.

It was an intense week, with a demanding masterclass for both active and passive participants, chamber music concerts, professional coaching, talks on the classical music business, rehearsals and concerts. Feeling understaffed and overstretched, we are tremendously grateful to all who helped us to make this happen – and to the fact that it could happen at all – and immensely proud of our students, who progressed by leaps and bounds in the course of the week, producing some very impressive performances. It was especially moving to witness how much audiences seemed to have missed live music, which seemed to lend the final concert a symbolic importance. We were also able to connect with audiences and particpants all over the world through our live concert streams and our first-ever live interactive streaming of the masterclass.

We are now thrilled to announce that we plan to repeat the Fiskars Summer Festival and its masterclass for young conductors in the summer of 2021, and we hope that next year’s circumstances will be less restrictive.

As the global health situation appears to remain critical, and while so many unanswered questions persist, we have decided to continue offering courses online, as part of our Digital Academy. This will include video analysis and feedback with our Artistic Director, Jukka-Pekka Saraste, and professional coaching with our experienced coach and mentor, Frances Maunder, which will focus on many of the issues facing young conductors in the early days of their career.

Check our webpage and follow our social media for application details.